Short on time? Arrange a call backCall me

It’s likely that you turn on your office computer or boil the kettle without a second thought and expect them to leap into action. But these things rely on electricity to work. For electricity to travel from the socket to the device, it relies on a good conductor to help it along. So what exactly is a conductor and what are some of the best conductors available?

What does a conductor do?

A conductor is a material that allows electricity to flow through it in more than one direction with little resistance. Some materials are better at doing this job than others because they allow the electricity to pass through more easily.

A conductive material allows electricity to travel along it, but they also make good insulators too. 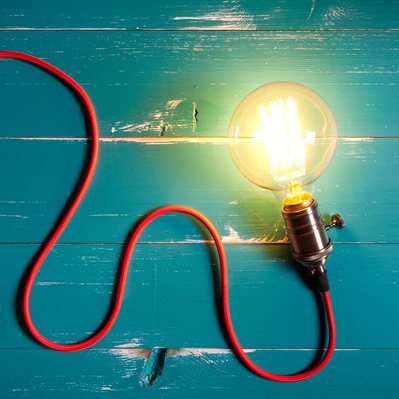 Why do we need conductors?

In order for devices and appliances around our home or business to work, we rely heavily on conductive materials to deliver the electrical current to those devices. Without them, we wouldn’t be able to use any electrical devices at all. If improper materials were used, it could take a very long time for a bulb to come on after switching it on, for example. This is why having appropriate conductors is so important.

Why are metals good conductors?

In order for a conductor to be classed as a ‘good’ conductor of electricity, the material used must allow electrons to flow easily between the atoms within that material. This flow must be almost completely uninterrupted to make the movement as quick as possible. Metals are the best at this, and this is why they’re used as conductors most often. When something is described as a bad conductor, it impedes the flow of electricity. ‘Bad’ conductors include glass and plastic.

But not all metals are equal when it comes to conductivity and some materials are better at this job than others.

Which metal is the best conductor of electricity?

The best electrical conductors are copper, iron and steel, however silver and aluminium are good conductors too.

Silver is thought to be the best conductor of electricity, as it has a higher conductivity than copper and aluminium. It has 47 electrons, which means electricity can travel faster through it. However its price doesn’t make it practical for use in electric cables. This is why it’s more likely to be found in light switches, on-off switches and even within the LEDs of your TV to provide excellent quality. It can also be used in very specialised equipment, such as satellites.

Copper is used most commonly for electrical wiring, despite still being one of the pricier metals, and contains 29 electrons. Aluminium is occasionally used in place of copper because it is cheaper while still being a good conductor. This is particularly the case in large applications when a lot of copper would be required. Aluminium can be used instead, bringing the cost of installation down. However, copper tends to be used more widely than aluminium because the latter can be prone to heating up. When this happens, the surface of the wire can become coated with an oxide film and, over time, this can reduce the efficiency at which the material can conduct electricity.

It’s also worth keeping in mind that the conductivity of a material is often dependent on the external temperature. At higher temperatures, resistance can increase, making it harder for the electrons to move around. This reduces how conductive a metal is. Most materials are more conductive at lower temperatures.

There are some surprising materials that can conduct electricity too that aren’t metals. These include concrete and even pure water. For water to act as an insulator, it must consist only of hydrogen and oxygen with no impurities. This means that it must be distilled in a laboratory in order for it to become a conductive material, but it can still be used as one. Despite this, these two materials would never be able to have as high a conductivity as the metals mentioned above.