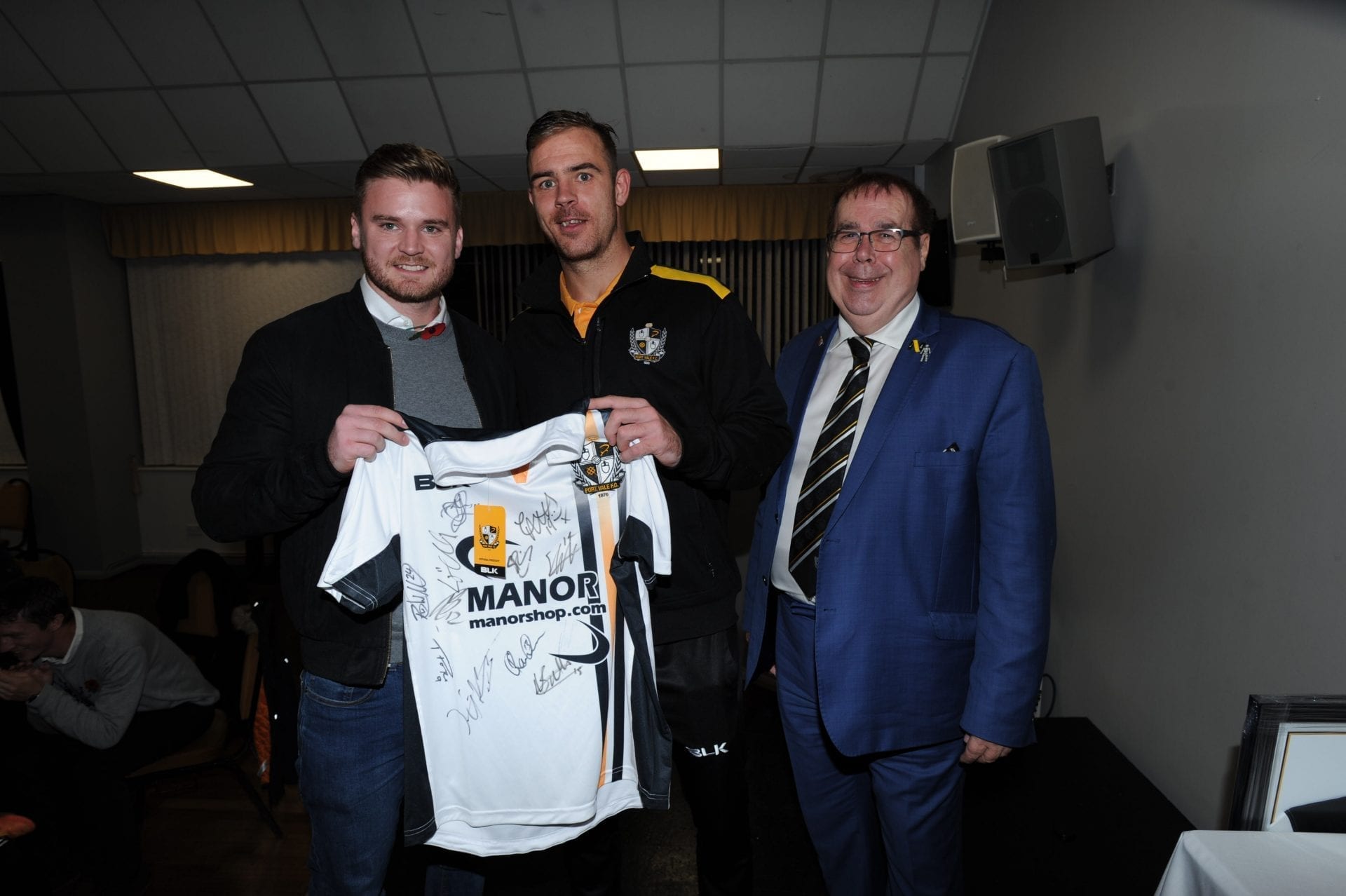 Team Captain,Tom Pope with Man of the Match along with President

Utility Bidder has secured sponsorship with Port Vale FC, adding to their portfolio in supporting sporting communities across the UK.

Utility Bidder are one the fastest growing business energy consultancies in the UK and have won two awards this year for the way that they work with their clients. Having already secured sponsorship with local team Corby Town FC and a younger under 12’s team, Thorney Colts, they have an active interest in sports clubs, sponsoring the activity of the teams and working closely with the owners to reduce the energy spend for the premises. Alongside this Utility Bidder are also partnered with many other sporting associations, such as Cricket Scotland, English Indoor Bowling Association and Squash Clubs.

Port Vale are one of the oldest teams in England, they were founded in 1875 at Port Vale house, giving them their namesake. Since then Port Vale have been a cultural hub to the people of Stoke-on-Trent, providing a great sense of togetherness and community. Utility Bidder found this an admiral quality and as a part of their sporting incentive decided to begin sponsorship after Port Vale signed with them for their energy contracts.

As an Official Sponsor, Utility Bidder will be featured on the back of the shirts for the remainder of the season. To kick off the sponsorship, a handful of Utility Bidder employees attended the FA Cup game at home against Sunderland.

‘Being a football follower and fan, I was extremely pleased to bring Port Vale FC on board. We always look to support and sponsor sports clubs, so this was a great opportunity for myself and Utility Bidder.

To mark the sponsorship and release of the new shirt, we were invited to the grounds to watch the match against Sunderland. All staff were hugely welcoming to all that attended from Utility Bidder and was great to meet Norman Smurthwaite, Club Director. We have been working together on the club’s energy contracts recently and it’s not often we get put a face to the name.

Although the result wasn’t what PVFC deserved, it was a great first meeting and I am really looking forward to continuing working with them throughout the sponsorship’

? What does this mean?
To get your quotes at lightening speed we need several key pieces of information which can all be found on your electricity bill. But by simply ticking this box, we can search ‘industry held data’ to get your meter number, electricity consumption and current energy supplier. This means that we can get you quick quotes without asking you to dig out all of your paperwork. This is personal data therefore we need you to allow us to access this information.